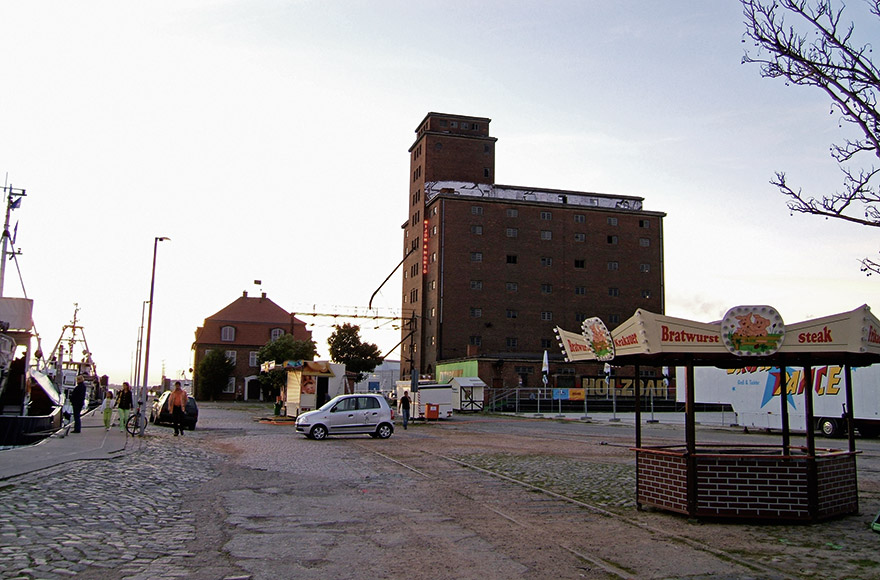 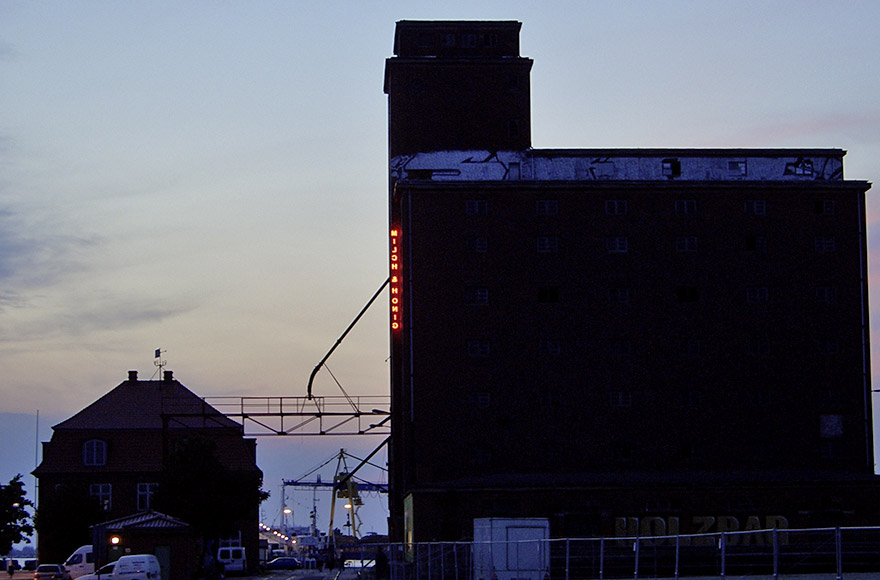 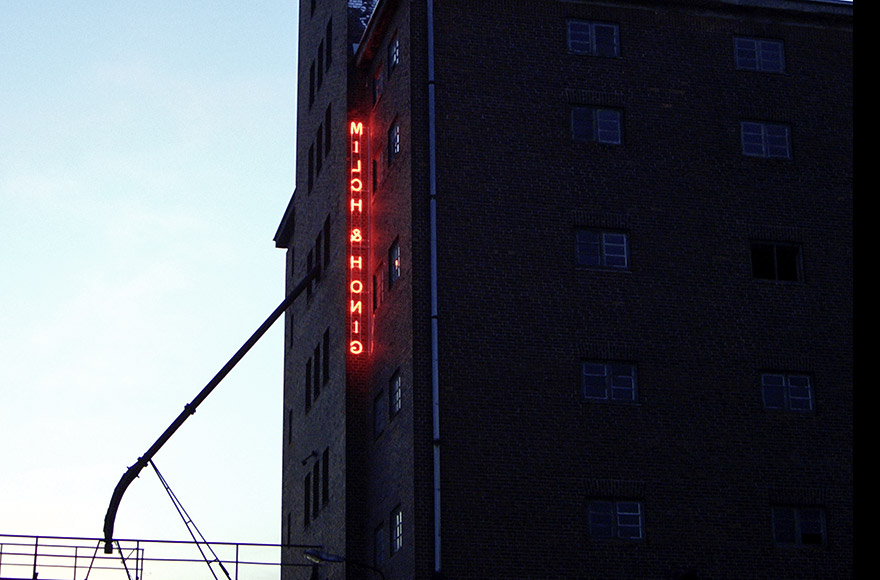 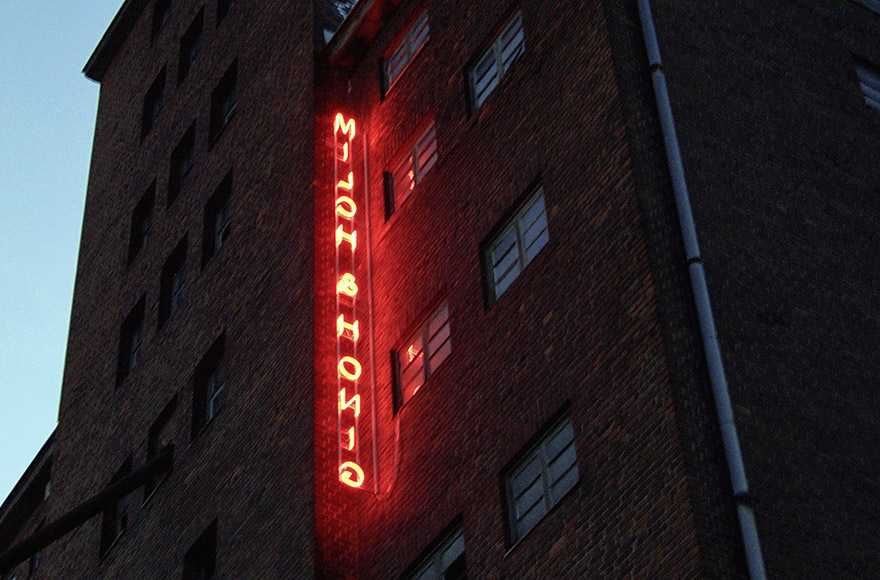 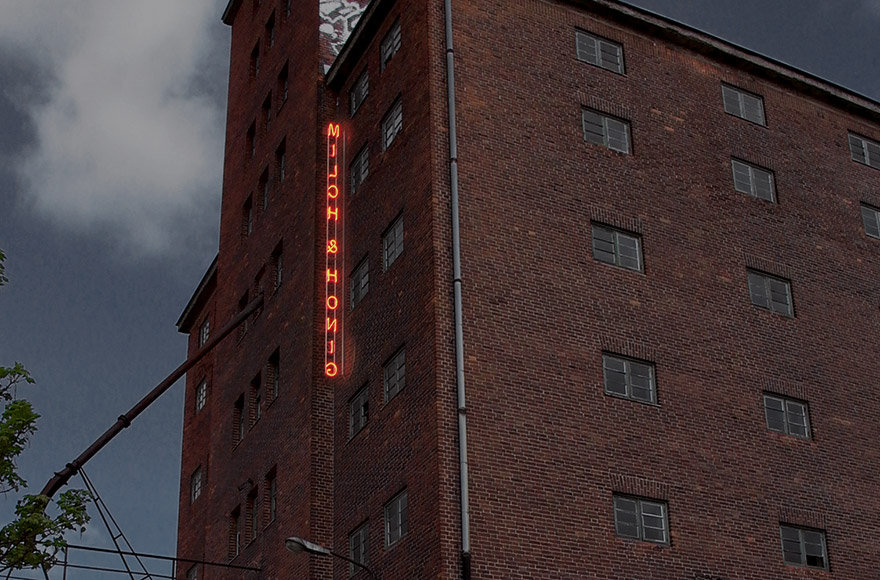 Installed in 2005 during “Zum Wasser—ins Licht”, Kunst im Stad­traum Wismar. (To the Sea—into the Light, Art in Urban Space in Wismar).

Lumi­nous red neon text spelling “Milch & Honig” in back-to-front letters, mounted verti­cally one under­neath the other on a frame construc­tion, is installed on the exte­rior brick wall of the 1935 Ohlerich ware­house in the old city harbour of Wismar. The neon text illu­mi­nates the quay and the harbour basin. Despite the inver­sion, the red light message remains legible: “Milch & Honig”. These words refer to God’s promise in the Old Testa­ment to give the Israelites a land flowing with milk and honey. They also invoke the utopian land of Hans Sachs (1530), as well as the famous “Accu­rata Utopia Tabula” map by Johann Baptist Homann (c. 1700). They provide a link to the economic loca­tion of Wismar, the old Hanseatic city and its change­able history. The neon text “Milch & Honig” is a metaphor for content­ment and happi­ness and promises pros­perity. This is even more poignant fixed to a building that, as one of the four large ware­houses in the port of Wismar, repre­sents the former wealth of the honourable Hanseatic city. Further­more this asso­ciates “Milch & Honig” with the prospect of a better, maybe even utopian future. But at the same time the typo­graphic inver­sion of the letters casts doubt upon this promise.