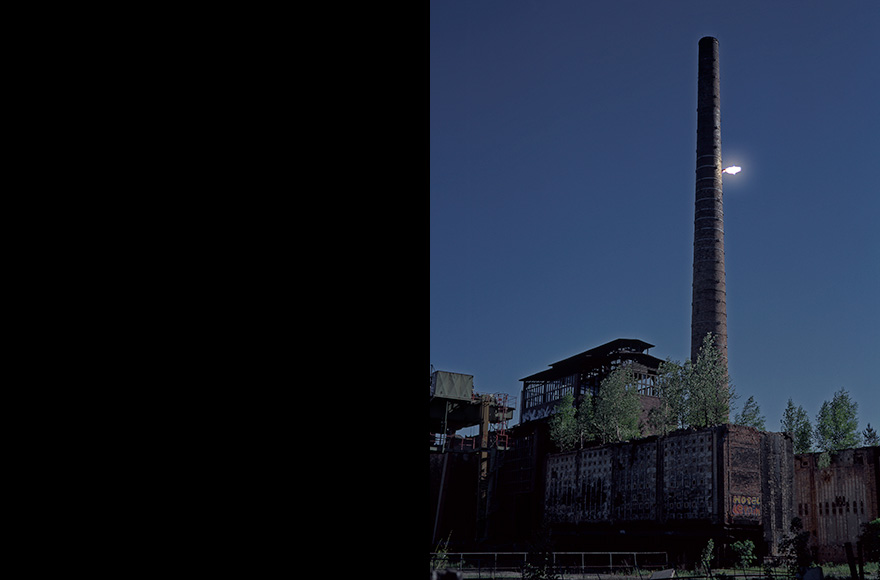 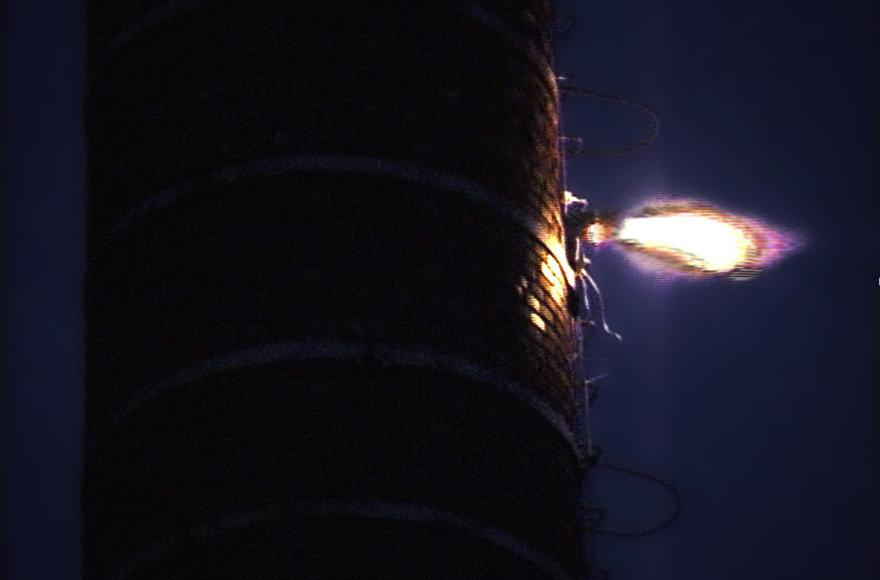 Realised as part of the exhi­bi­tion project “Auf zu den Sternen” (To the Stars) orga­nized by the Bran­den­bur­gis­cher Kunstverein from September 2000 to March 2001 on the Schiff­bauer­gasse indus­trial site in Potsdam.

A vertical gas flame, around 100 cm long, emerges at a height of 30 m from the side of an indus­trial chimney in a disused coking plant. Controlled by an elec­tronic igni­tion mech­a­nism and fed by a specially installed gas pipe, the flame burns contin­u­ously from dusk until dawn. This inter­ven­tion in the given situ­a­tion is visible from afar. On the one hand the side­ways flame implies that there is a problem with the indus­trial plant or a leak in the chimney, on the other hand it does revive the disused plant. The licking flame marks the deserted place, the ruin on the banks of the river Havel. Flames and ruins are a theme used in Roman­ti­cism. Gold­berg high­lights the standby situ­a­tion of the indus­trial site which is temporarily unused but could be reac­ti­vated at any time.