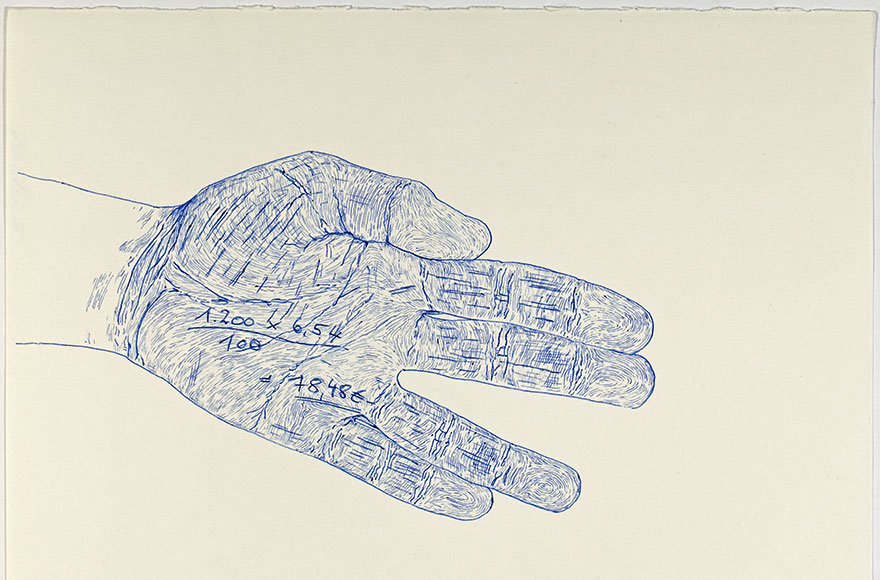 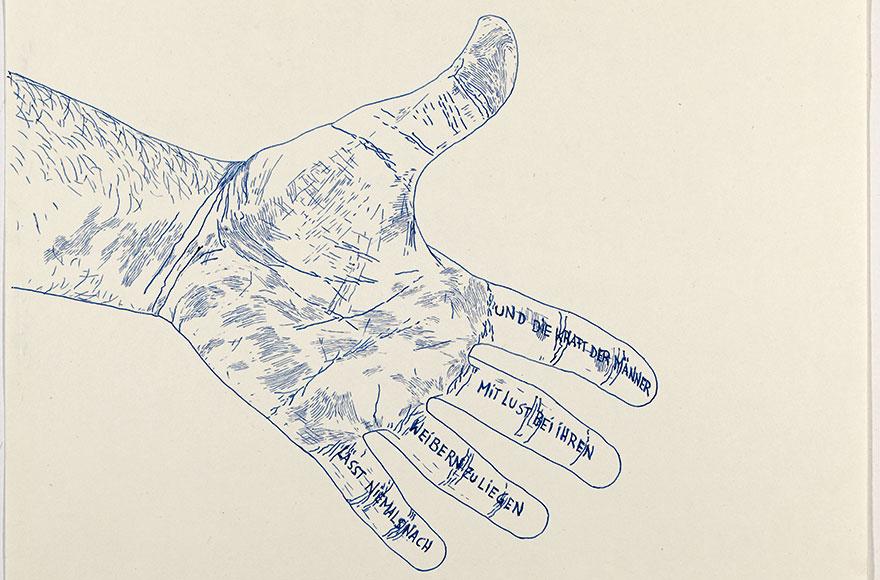 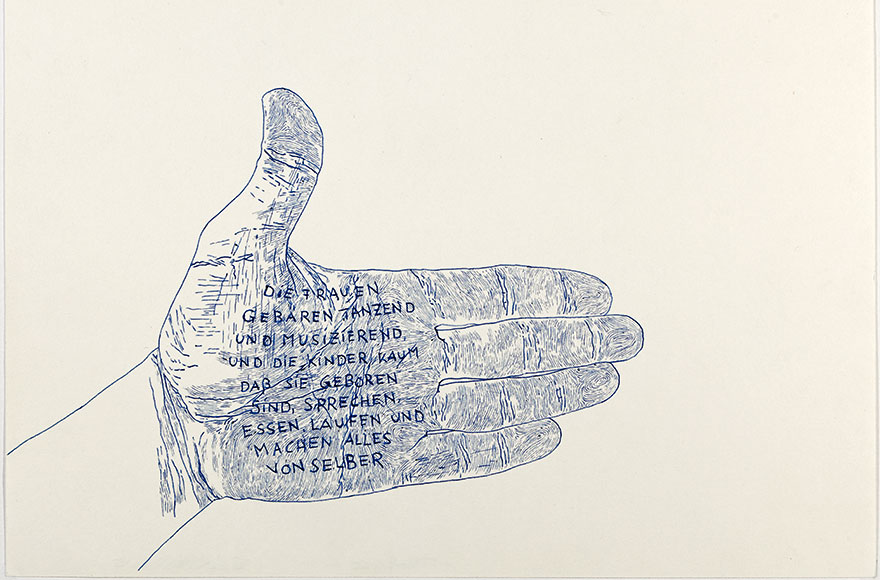 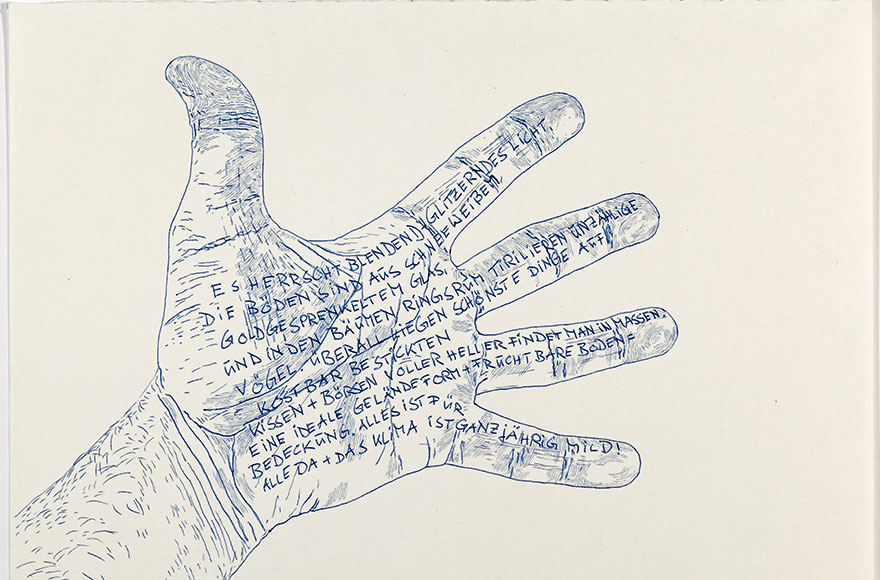 The works show repre­sen­ta­tions of hands on the insides of which lines are drawn describing the Land of Milk and Honey in various ways, for example: “And the virility of men to enjoy their women will never falter” or “there the light is bright and glit­tering, the ground is made from snowhite glass with golden sprin­kles and in the surrounding trees many a bird twit­ters”. Promises refers to those works in which the artist exam­ines the subject of the Land of Milk and Honey, for example in Milch & Honig, Depot Wismar oder Nächste Fahrt—Milch & Honig. The act of “writing some­thing on one’s hand” has a memo­rial func­tion and serves as a note not to forget some­thing. Hidden inside the hand, this note is also some­thing that “the others” cannot see and/or are not supposed to know. This self-refer­ence is extended to another dimen­sion: the artist draws by hand a picture of his own left hand, thus making us acces­sories to his notes.