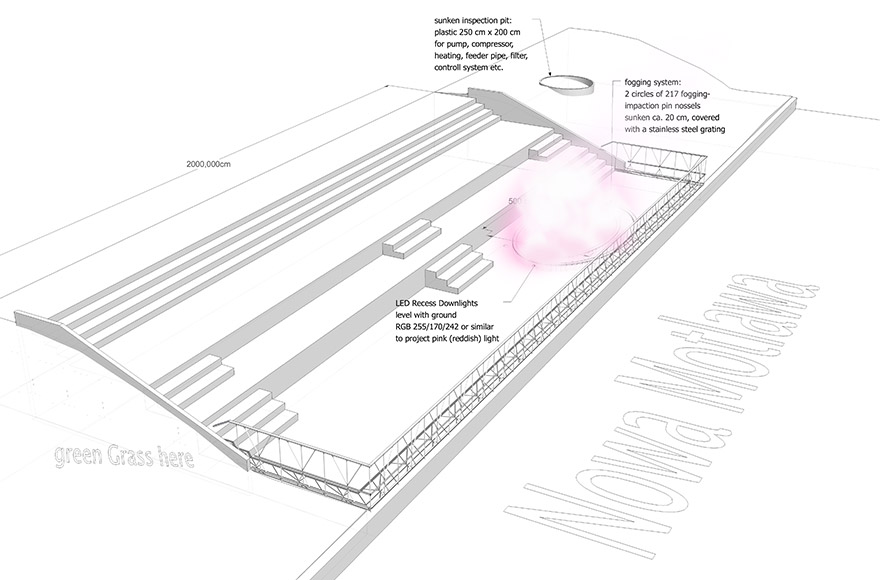 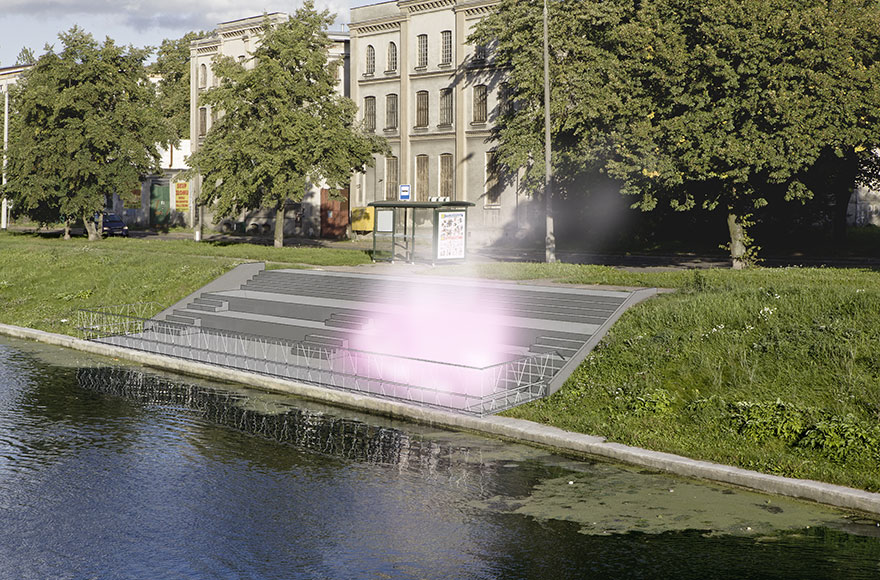 A dense pink fog cloud measuring about 500 x 300 x 200 cm is inter­ac­tively released on a terrace on the banks of the Nowa Motlawa river next to Torunska bridge. Every tenth passer-by who crosses the bridge going east into the Dolne Miasto area of the city trig­gers the forma­tion of a cloud on one of the old stone terraces on the river­banks. However, every cloud dissolves after a minute. Motion sensors on the bridge trigger fog nozzles which produce very fine mist. The cloud is also illu­mi­nated by red spot­lights set in the ground. The Dolne Miasto area of Gdańsk forms a penin­sula which is surrounded by water­ways, 17th century bastions, the Nowa Motlawa river and a dual carriageway to the north. An under­pass under the dual carriageway and the two-lane Torunska bridge are the main gate­ways to the area. These form narrow streets, rather like secret paths into the area. Gold­berg compares these entries to back doors which are normally only used by insiders, servants or family friends. As such they have a private nature which Thorsten Gold­berg takes up when welcoming visi­tors with a personal gesture: a cloud of fog, candy-floss-like in its arti­fi­cial pink­ness, rises by the river­bank. The unex­pected trig­gering of this signal, which can also be seen from afar, causes confu­sion, but at the same time marks this nonde­script place.