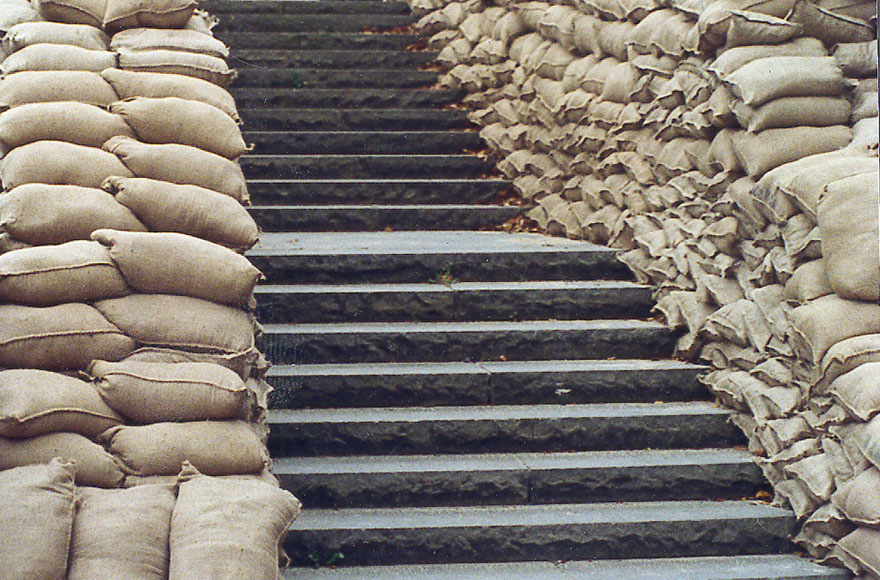 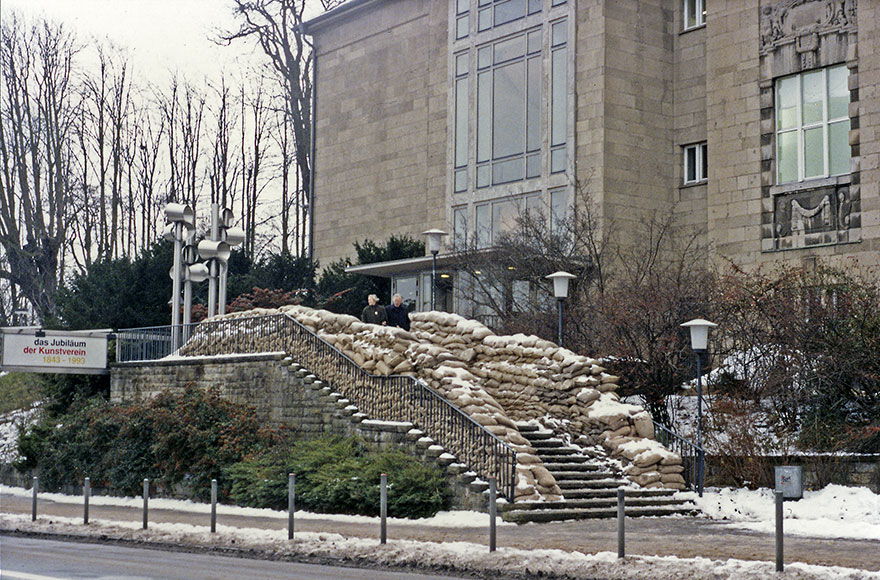 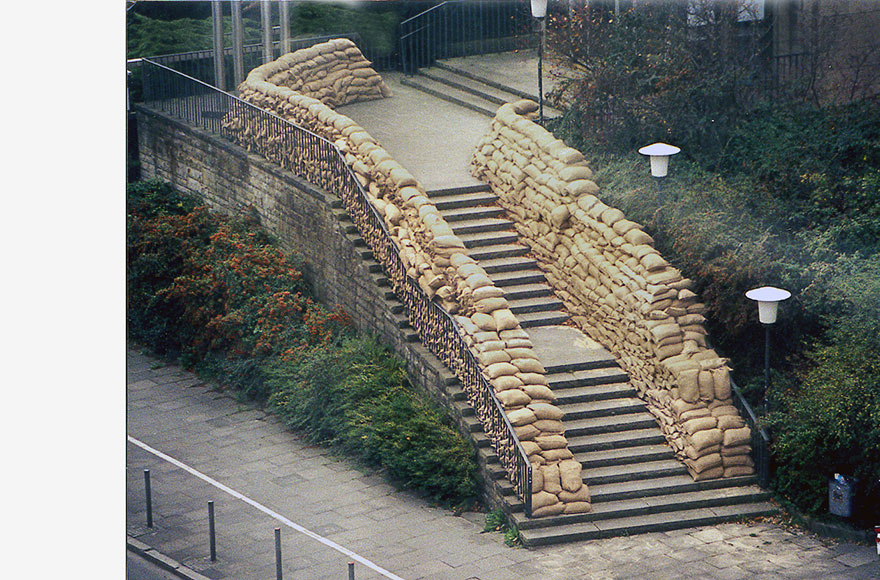 A protec­tive wall of approx­i­mately 1,500 sand­bags in front of the Kunsthalle, realised in 1993 on the occa­sion of the exhi­bi­tion “Kunst im Welt­maßstab” (Art on a World Scale) at Kunsthalle zu Kiel, Germany, as a Thomas Bauer project (Thorsten Gold­berg and Wieland Bauder).

A protec­tive wall of approx­i­mately 1,500 sand­bags was built up in 2 m-high sections on either side of the steps leading up to Kunsthalle zu Kiel and supple­mented with an LED display board in the entrance area that bore the latest inter­na­tional news. Sand­bags are used for cover in mili­tary oper­a­tions or for protec­tion against flooding. Sand­bags piled up imply impending danger, a possible emer­gency situ­a­tion against which it is neces­sary to be protected by some form of wall. They arouse a feeling of uncer­tainty. To enter the gallery, it is neces­sary to pass through this rather threat­ening entrance, made narrower by the sand­bags. The gallery has not been affected by the trap­pings of war since the Second World War. The sand­bags are not a sign of immi­nent danger. The walls at this home of art address a different system of refer­ences. Inter­na­tional sculp­ture places the sand­bags in a global context via the LED board above the till area in the gallery being supplied with the latest inter­na­tional news (reports from the news­paper Kieler Nachrichten). At the same time, the work tackles ques­tions such as the extent to which daily reports of crisis situ­a­tions have a threat­ening effect on our lives, how we should deal with the pres­ence of news from around the world and the extent to which protec­tion against the rampant flow of infor­ma­tion is neces­sary. A memo­rial is erected to warzones and natural disas­ters of the world in which sand­bags are used.