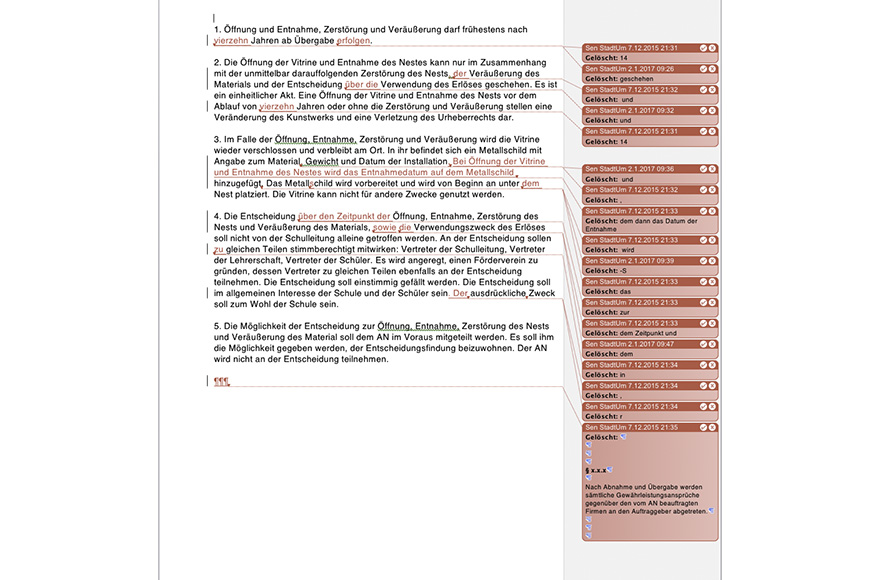 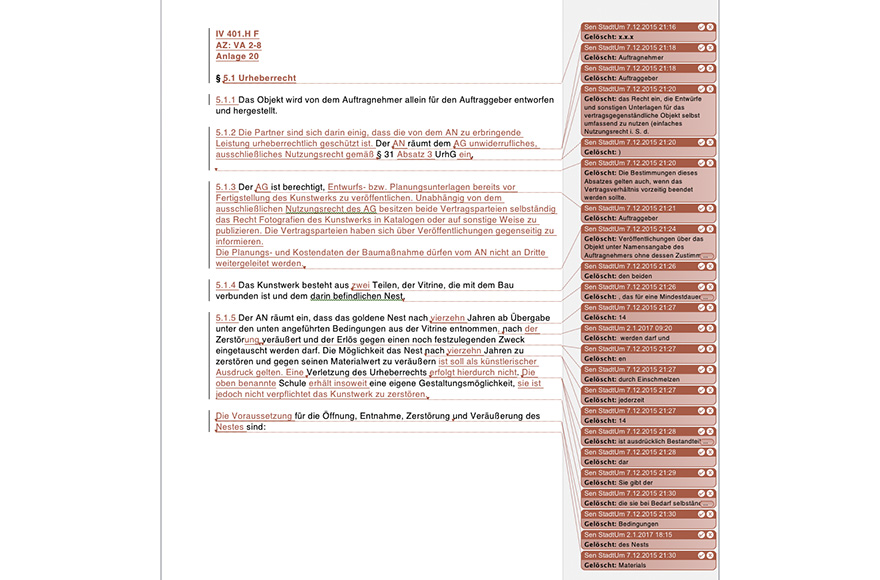 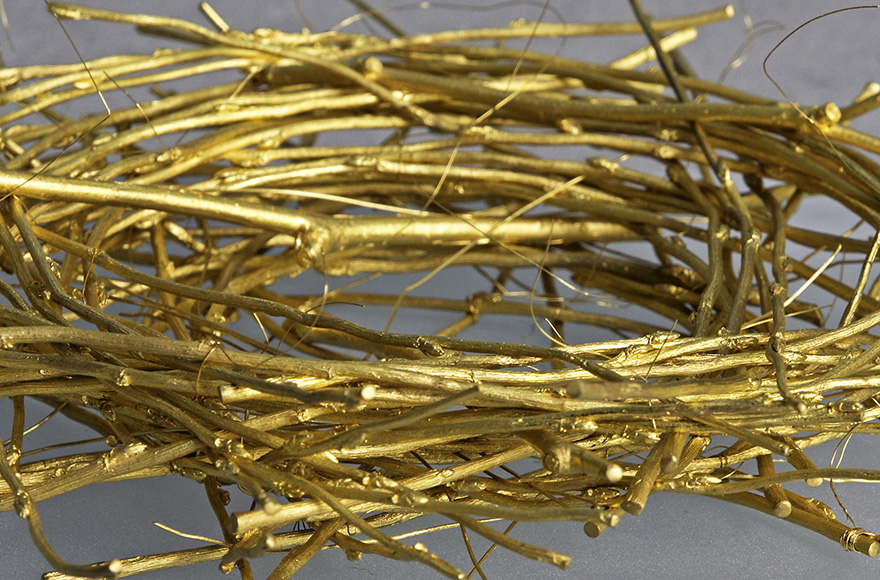 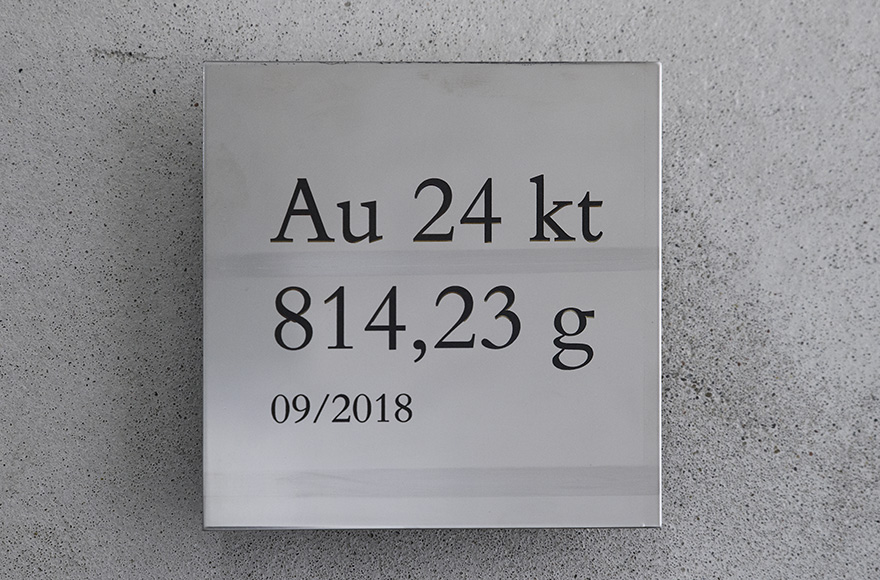 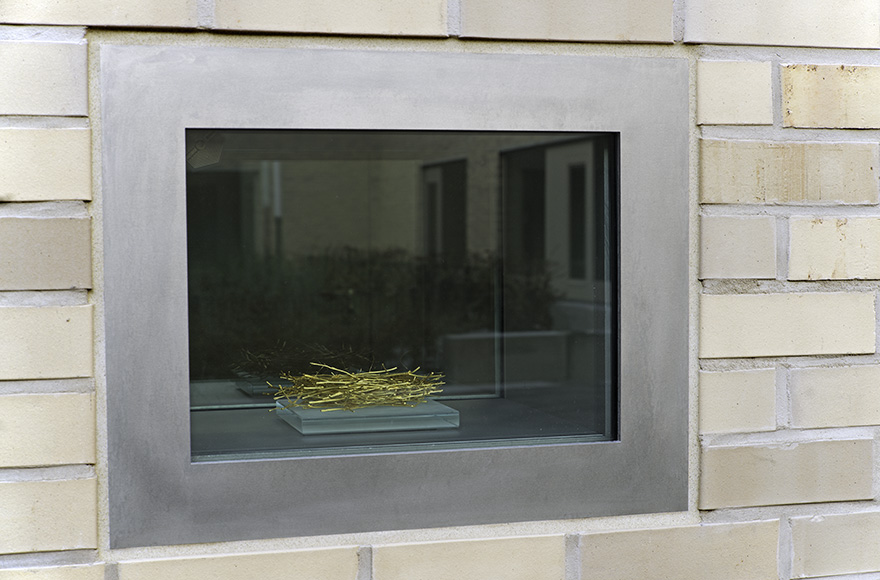 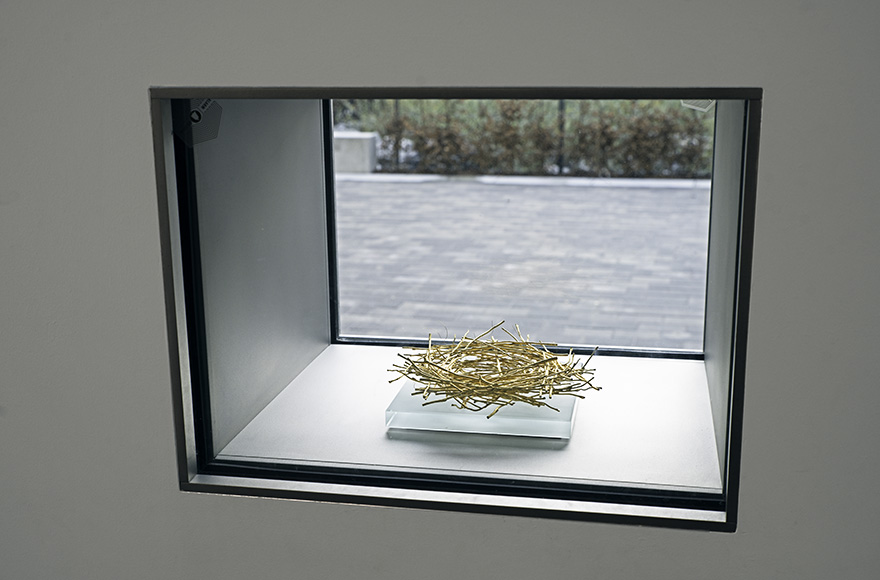 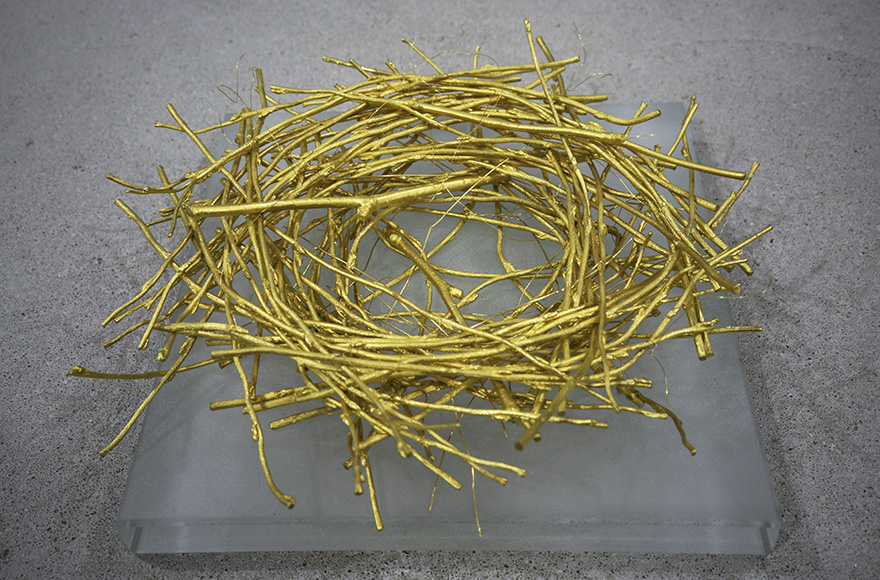 a bird’s nest, cast of solid fine-gold twigs serves as a concep­tual foun­da­tion for the new Fuchs­berg primary school in the district of Berlin Marzahn-Hellers­dorf. The golden nest is kept in a bullet proof glass safe in the school building visible for the chil­dren. A contrac­tual agree­ment spec­i­fies the terms and condi­tions under which the school may open the glass-safe and destroy the nest after a minimum of 14 years to convert the proceeds into some­thing that a commu­nity of students, teachers and parents commonly agreed upon. As such and due to its economic value the golden nest also serves as an invest­ment for future needs of the school.