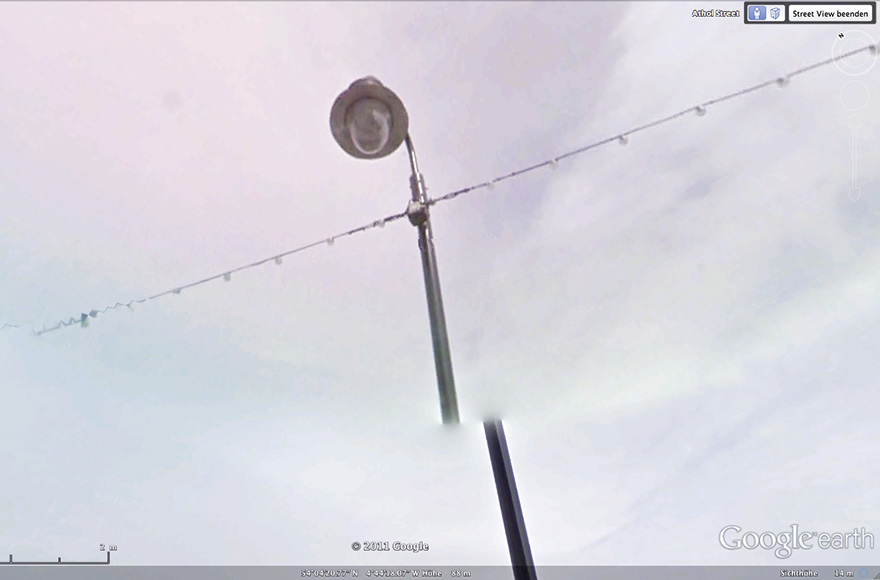 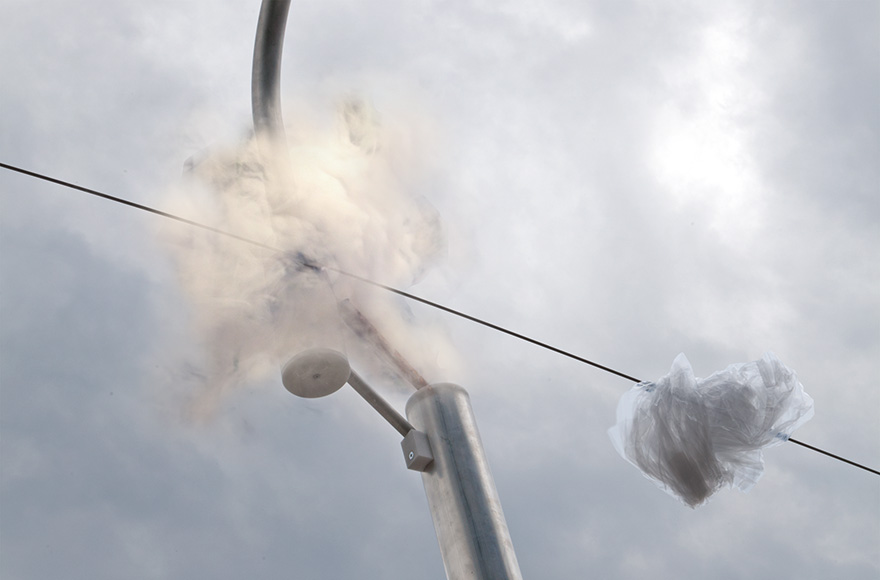 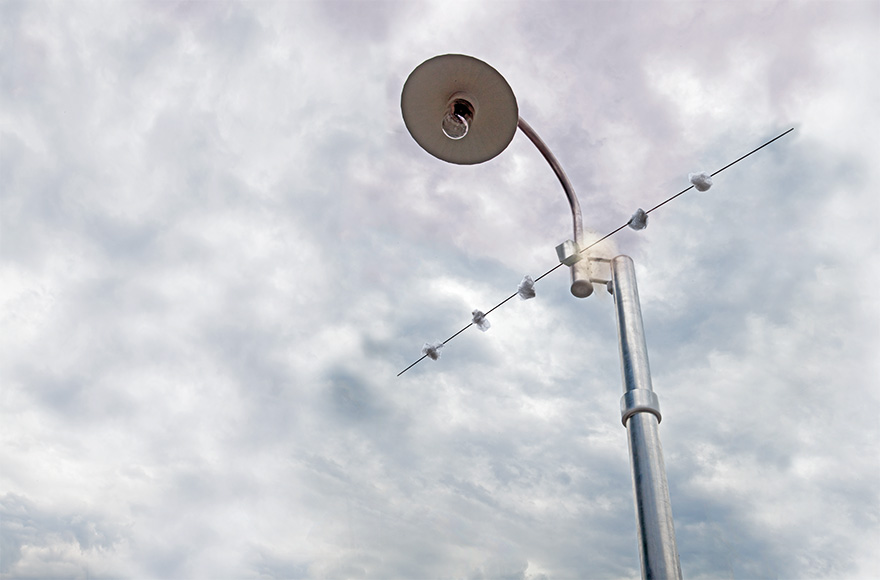 A street light photographed by Google Street View is currently displayed on Google Earth. The photo was taken on 6/1/2012 at 5.30 pm from a moving car with a camera mounted on its roof and has a typical fault: because the car is moving, the photo­graph of the street light consists of two pictures taken at different times. Because the car moved whilst taking the photo, the perspec­tives of the two pictures are different and they do not match. The mast of the street light is cut in the middle and the upper part is suspended in mid-air. The break is strangely blurred and smoke seems to ooze out of it. Other photos of street lights display the same fault. The street light with the coor­di­nates 54°04’20.77“N / 04°44’18.07“W has been recre­ated as precisely as possible using this photo: The light is tilted at around 10°. It has a brace with small uniden­ti­fi­able objects hanging from it. The upper part of the mast with the head of the light is suspended in mid-air, just like in the photo. A dense fog cloud seeps from the break in the mast, enveloping the neces­sary supporting struc­ture in fog.