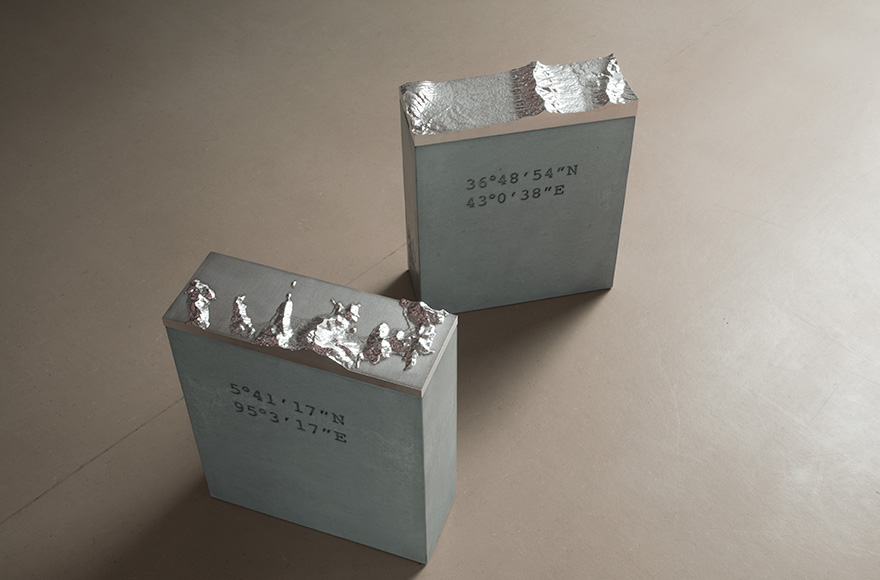 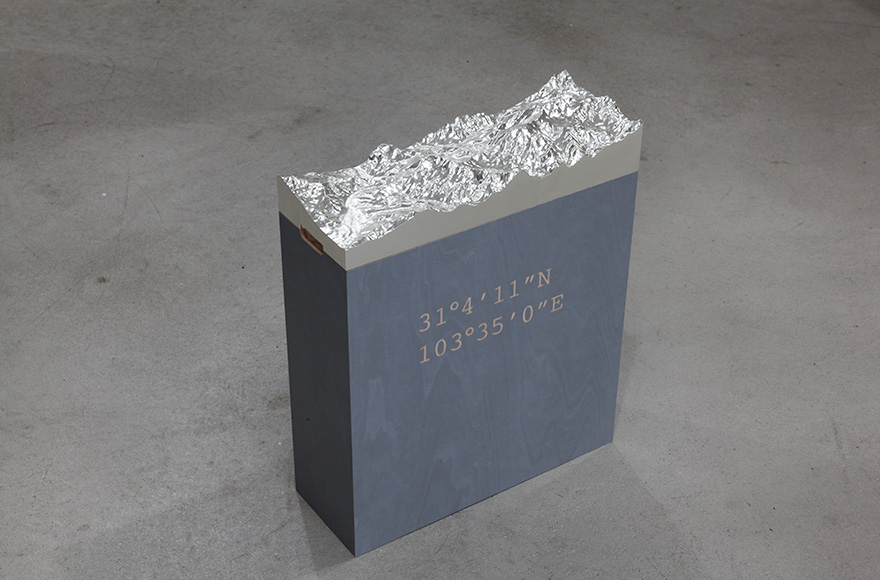 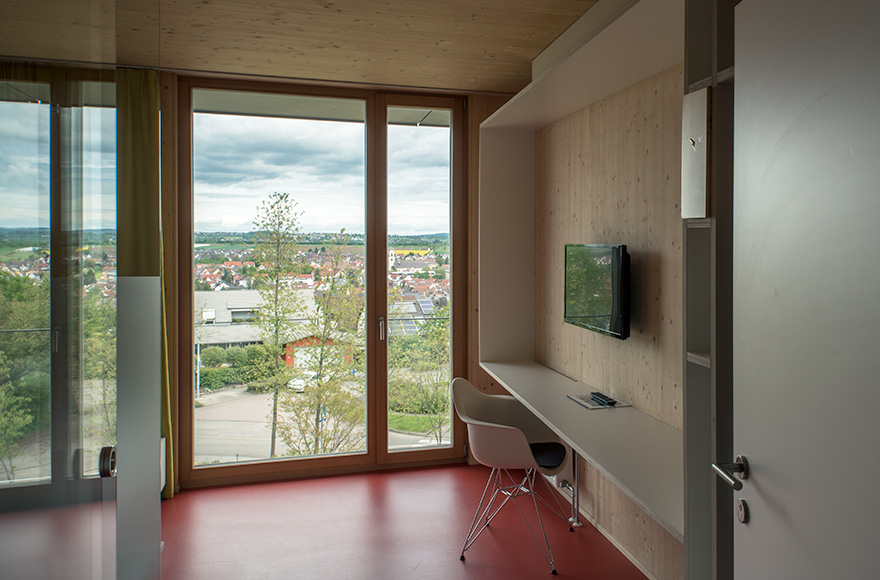 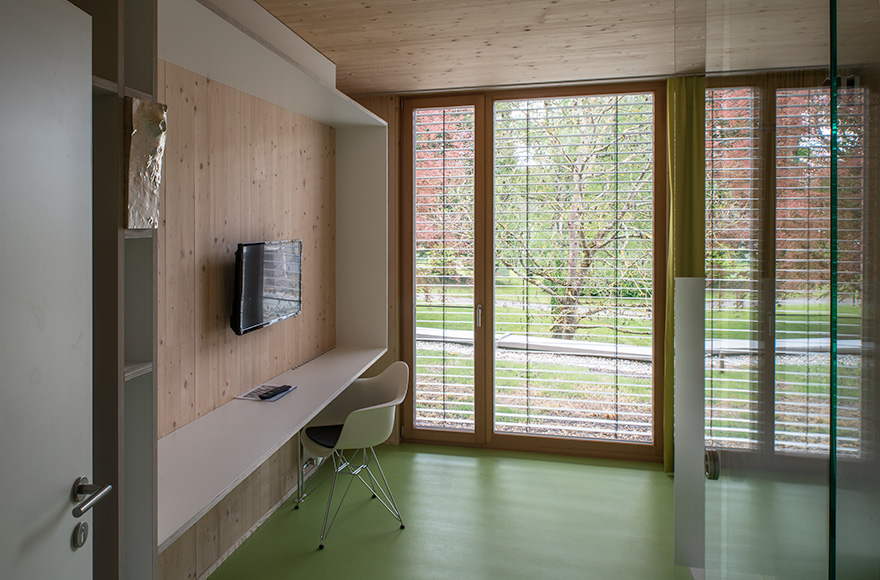 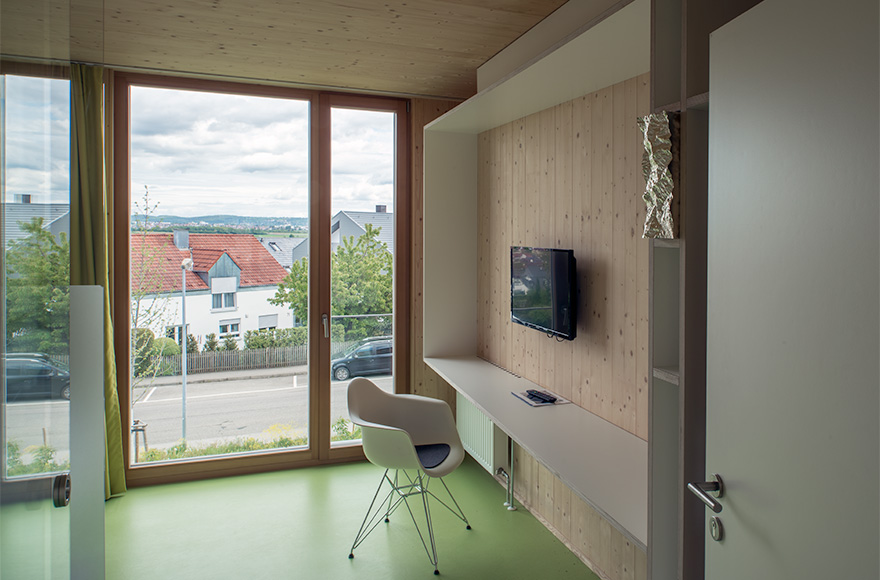 32 silver-plated terrain-models at a scale of 1:50.000 in each room of the guest house of the THW (Federal Agency for Tech­nical Relief) federal school in Neuhausen / Fildern. Completed in fall 2016.

To each room one terrain model was assigned - namely the one depicting the land­scape that one would meet, if one would go dead straight in the direc­tion of the window and never turn. In this manner imag­i­nary lines were drawn from each window until they met with geograph­ical loca­tions that are also related to the THW with regards to content or time. Those are former sites of oper­a­tion or sites were THW volun­teers still are on assign­ment. The areas were then charted, trans­formed into digital terrain models and based on those 3-dimens­dional repro­duc­tions of the phys­iog­raphy were made at a scale of 1. 50.000. Even­tu­ally 32 faithful terrain-models of those places were produced, that one could see standing at the the window, disre­garding the earth curva­ture, atmos­pheric pollu­tion and ones eye-sight. The models were milled out of a solid aluminum block, silver plated and mounted on a base that shows the geographic coor­di­nates. They are inserted into the built-in cupboards in each room and can be taken out and be viewed.